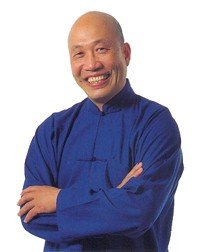 Have you ever wondered why there are two main schools of Feng Shui, namely the Form School and the Compass School, and not just one? Why do we need two of them?  What are their main differences, that we would need one to support the other?  These questions can be partly answered by looking at their Chinese names.

In Chinese, ‘Form School’ is called either ‘Xing Shi Pai’ or ‘Luan Tou Pai’. ‘Xing Shi’ literally means ‘Form and Configuration’.  That is, we look at the smaller and visible parts in our environment and see how they would relate to each other to form a larger configuration – in other words, how they would group together to form a whole.  This process is not unlike playing with children’s wooden blocks to form a recognizable structure.

Another name for ‘Form School’ is called ‘Luan Tou Pai’, which literally means the ‘Mountain-Top School’. Why mountain tops?  Because if we look at the mountain tops of a range of mountains, we can see and follow their rise and fall to get an idea of how the landscape would behave from Point A to Point B.

Both of these Chinese names imply that we would use observation and analysis to do our ‘Form School’ Feng Shui, and in the process we are dealing with things that are tangible – they have form and are visible. To these things that are manifested, and quantifiable, the Chinese would say they have ‘Form Qi’ or ‘Xing Qi’, as compared to the opposite – things that are intangible, formless and invisible.  The things that are un-manifested and not quantifiable are referred to by the Chinese as having ‘Formless Qi’ or just ‘Qi’. There is even a character for Form Qi 氣 and another for the Formless Qi 炁, even though they sound the same.

This is where the term ‘Li Qi Pai’ for Compass School of Feng Shui comes in. ‘Li Qi’ in Traditional Chinese Medicine has the meaning ‘to regulate the flow of the Vital Qi and remove obstructions to it’. In Feng Shui the aim is similar, but it is not ‘Vital Qi’ (Qi that keeps us alive) that we are concerned with, but the ‘Formless Qi’ or just the ‘Qi’ of the environment. Thus ‘Li Qi Pai’ can be translated literally as ‘Regulating (Formless) Qi School’.

To regulate implies that we have to keep a balance, but the Qi that we are working with is intangible, it has no form, it is invisible and not manifested, so how are we to do this? The Chinese answer is with the compass and with correlative thinking .

We start with something that is measurable, like measuring the sitting and facing of a house, or the top of a mountain, or the direction of the coming and going of the water with a compass. This measurement is then correlated to a set of values and numbers to create a pattern language.  By interpreting the resultant pattern with a set of rules, we can get an understanding of how the invisible and the intangible are related to each other.  With this insight we can ‘read’ the Formless Qi by comparing it with the Form Qi, so the seen and the unseen, the form and the formless, the manifested and the un-manifested can come together, to enable us to find the in-between that is appropriate to the situation.

This is exactly how a Compass School method like Flying Star works in practice. We start with the time of construction of a house and then correlate it to a 20-year period with a Trigram and a number, this number then becomes the Period Number, which can fly through the Nine-Palaces with a fixed pattern. Then we do the same with the sitting and facing of a house, the compass measurements are correlated to a set of Trigrams and numbers, and with these numbers and the agreed-upon flying sequence we can make up a Flying-Star Chart.  We then interpret this pattern language with a set of rules, based on the Five-Phase relationships and the concept of timeliness and ‘Host and Guest’, etc.

We then compare our interpretation of the numbers or ‘stars’ with what we can observe in the Form School Feng Shui. Together with the Yin and the Yang of what is visible and observable in the Form School and with what is invisible but calculated in the Compass School, we can do our analysis and come up with some effective suggestions for our clients to consider.

Correlative thinking in Compass Feng Shui is unlike the analytical thinking we use in Form School Feng Shui. Analytical thinking observes and examines things in detail in order to learn about them, so the process can be repeated and is predictable.  It is diagnostic, methodical, logical and systematic, whereas correlative thinking uses a conceptual framework of correlations to make sense of the same phenomenon.  The outcome is not so much in learning about things individually but how they are related to each other, so there is mutual resonance to achieve efficacy.  Correlative thinking is more concerned with the original character of a thing under consideration instead of diagnosing it.  Correlative thinking is more intuitive; it is not methodical or systematic.  It tends to be multivalent and vague in the sense that it relies more on inspiration than on facts.

The reason why we need both the Form and Compass School of Feng Shui to do our audit and analysis properly, is precisely because the Chinese believe that everything has Qi and Yin and Yang qualities, so there is Form Qi and Formless Qi, as well as correlative thinking and analytical thinking to make sense of things holistically.

However, the pressing issue in modern day Feng Shui is that many practitioners do not understand or know the working of analytical thinking as compared to correlative thinking, and these people often take the correlations analytically and literally.

A classic example is the 5 Yellow Earth Star, which is not a real star in the night sky but a correlation for a quality that is sitting in the middle of a situation and has the ability to connect in all directions. It is likened to an emperor sitting on its throne – it can be powerfully good when it is timely and it can be powerfully bad when it is untimely, so when we see a combination like 2,5 where the 2 Black Earth star is correlated to sickness and the mother of the house, these people would say literally that the 2,5 combination will cause the mother to have untimely disaster or even get cancer of the stomach!

This is a gross misunderstanding of correlative thinking. For instance, if you were born in a certain year and you are correlated to a Dog or a Pig, it does not mean that you are a dog or a pig literally.  These labels are only used as a metaphor to get an understanding of your potential character and tendencies, and we need to observe you in detail to see if that is the case.  Somewhere between the observations, the calculations, the analytical and the correlative thinking, we can find the in-between and know a little more about you, so that as consultants we can help you make better decisions.

In the coming Chinese New Years’ Presentation, organized by the IFSA in Melbourne Australia on 5th February 2016, I will show how correlative thinking can be used effectively in reading the yearly stars for the Year of the Monkey and how not to fall into the pitfall of taking things literally and turn the annual Yearly-Star Extravaganza into a game of irrational fears and unrealistic hopes.

It will be entertaining and educational; we hope to see you there.

Howard Choy will be teaching a Master Course in Sydney Australia on the Theory and Practical Use of the Xuan Kong Bazhai combined Luopan Compass between 12th to 15th February 2016.

Howard Choy was born in Shiu Hing Guangdong China in 1949. With his family he emigrated from there during childhood, first to Hong Kong then Sydney, Australia. He now lives in Berlin, Germany with his architect wife Gyda Anders. Through his involvement with Feng Shui, Taijiquan and Qigong, which provide the perfect vehicle to combine his professional practice with his passion, he has succeeded in keeping his birth inheritance intact. Proud of his Chinese cultural heritage, Howard is fortunate that being bi-lingual has given him the opportunity to study the deeper aspects of classical feng shui and to practise and teach it at an advanced level. He is strongly committed to do his part to ensure that this living tradition from his birthplace continues to survive and prosper throughout the world. He has mastered Xing-Shi Pai (Form) and Li-Qi Pai (Compass) schools of Feng Shui, including all four Bazhai methods, Xuan Kong Feixing, Xuan Kong Da Gua, San Yuan and San He methods.