Google announced on January 20 that Eric Schmidt is stepping down as Google’s chief executive; Larry Page, Google’s 37-year-old co-founder, will take the reins as CEO on April 4.

Schmidt has been Google’s CEO for 10 years since 2001 at age 46. During the ten years, Google has been growing fast and far, beyond his wildest dream as Schmidt claimed. Google has indeed literally changed people’s lives -increasing the collective sum of the world’s knowledge and revolutionizing advertising in the internet. Its profit for fourth quarter 2010 is up 29 percent over the previous year. Schmidt has been doing a great job.

His departure surprised some in the tech industry. It is not my intention to speculate or comment on the reason. As a metaphysician, it has always been my passion to watch the impact of the cosmic flow and to help others to attune to it. My work follows an energy system of the 5-elements, known as the 4-pillars. The input data for my analysis is the birthday and the bio of an individual open to the public, accessible through the search engine, such as Google.
High achievers (including many in Google) have a tendency to respond clearly to the impact of the cosmic flow as their cosmic energy is relatively more focused and consequently more functional, enabling them to succeed in great and complicated tasks. Schmidt’s energy fits in this mode. In other words, the system works so much more accurately with high achievers.   By his birthday (born in April, shown at the end of this article), he was born at the optimal earth period as a dominant earth, steady, firm and having the right amount of metal to loosen it up for water and food to circulate. It creates a capable, confident, disciplined and super intelligent person, a sturdy worker with a mind close to a genius.
However, being born in late spring, he ideally needs additional fire (his most crucial element to succeed) to firm up the earth for bigger tasks. We can back up our analysis with his key life events. He became the CEO of Novell at 42 (1997 a fire year), rated as one of the few most important persons in the Web in 2007(another fire year), and CEO at Google in 2001 at 46, the beginning of his fire period in his luck cycle. During this particular year, he also had a fire trio from the cosmos outside his system, the most powerful combination of all fire signs.

At 56, he is beginning to enter a new period of 10 years of powerful wood (“tr”乙亥 for those who understand the wood signs in the system) which challenges the function of the dominant earth. Coincidentally, the big day of January 20 carries the same wood flow (tr,乙亥 ) of his new luck cycle, a preview of his new luck cycle.

Larry Page (born in late March, his birth composite, Bazi is shown at the end of this article) is a dominant powerful metal person, exceptionally decisive, visionary and competitive. Coincidentally, he is also beginning to shift to a new luck cycle after 10 years of water period, a period of an entertaining life from the immense growth on wisdom, wealth and strength.  At 37, he begins to enter a metal period; figuratively speaking, he is facing another sibling, ready for peer competition. On the other hand, as a dominant metal person, this additional metal is also empowering him as well.
What about Google? Who should be its natural boss? It was incorporated in on Sept 4, 1998 which became its birthday (a powerful metal time, Bazi shown at the end of the article). According to the 4-pillar system, it is a TREE,甲, the money tree for a metal person. By definition of the system, whatever the elemental person controls becomes one’s wealth. Since metal chops the wood, wood then becomes the money of the metal person.
This money tree is wonderful, refined, disciplined and faithful to the boss. For 11 and a half years since its birth, it had been a loyal money maker. However, starting the first half of 2010, it has shifted to a new luck cycle of water after 10 years of metal period. Being emboldened with excessive water energy, the tree begins to rebel. It would take more metal to keep it in place, faithfully producing again. The change is a naturally correct decision. Readers who know Bazi could read more the discussions below.

We have the three key births in the same company all changing luck cycle at about the same time, shifting to new flows. Does it occur with a reason/a law? Is it a simple coincidence or a naturally orchestrated timing for a big show? The I Ching preaches Timing as the key to succeed! What and who controls the timing? What are the laws?

A dominant earth born in an earth month supported by earth hidden in all 3 branches), CEO of Google at 46, beginning of the丙fire period, in 2001(辛已 )，a fire trio of已午未, the most powerful fire in his life; rapid growth up to 2007 shortly before the peak of his water period,子. He amassed huge wealth during the子period, his wealth element.

It is a nimble, shifting system, basically a helpless tree surrendering to the earth for provisions. The tree is not exactly helpless as there are two more trees hidden in the 寅 to team up with the 甲. However, it is kept as helpless on a shaky ground, with both 寅 and 申pushing each other away from supporting the tree while the 庚 is enfeebling the 甲 tree at the same time.

While a helpless self enjoy free flowing incoming goodies (easy and happy to make a living), additional wood or water would disqualify the tree as helpless; it has then to fight hard on its own for a living. Water would embolden the tree to rebel and wood would encourage the tree to compete. Rebelling or competing is a tough way to make a living.
During the10 years of 辛酉 period, additional metal made the tree more helpless and subsequently more loyal. It pleases the earth boss to shower more reward and Google made enormous money. In its first round of growth, Page, in his metal period of 丑led the company with powerful metal, easily keeping it aligned on track and expanding in planned direction. When Page entered the water period at age 27 in 2000, he planned to step down and brought in Schmidt in 2001.
Schmidt came in as a powerful earth person to shower Google with reward on all fronts. Google happily followed his guide and advanced to greatness. Then Schmidt fell into his water period while Page slowly moved away from his water cycle and finally landed on metal period in 2010. His metal should make Google happy again. 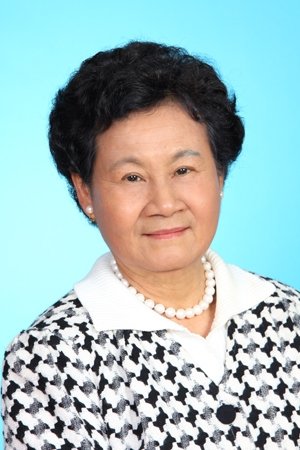 Lily Chung, Ph.D.University of Minnesota has taught in colleges in the United States and Hong Kong. She has hosted workshops in metaphysics in Europe, Canada and California. A columnist on the subject, she is currently practicing and tutoring metaphysics in the Bay Area of California.