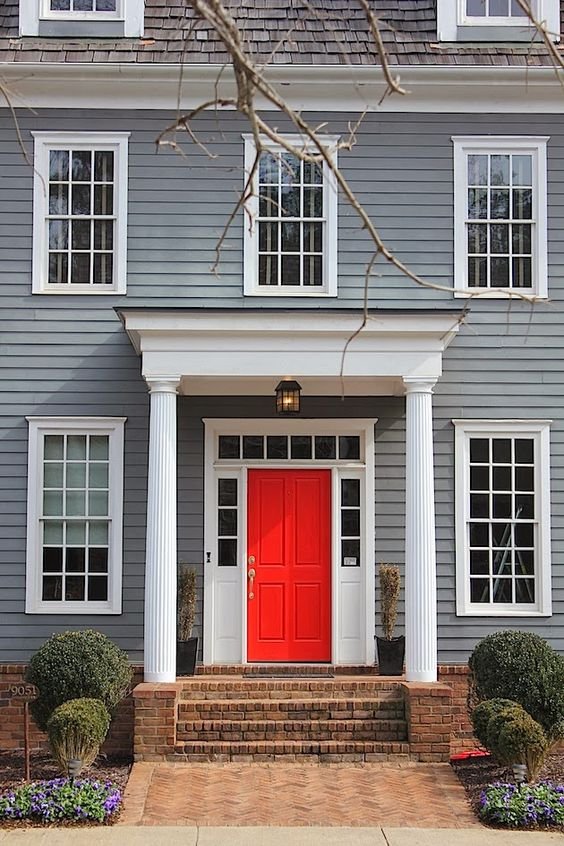 Facing direction is always a popular topic of discussion amongst modern Feng Shui practitioners. Which direction is best? Which is more important, facing or sitting? etc. I had for the longest time believed the sitting to be the most important, as the ‘foundation’ of a dwelling, and that this was the classical view. I think is time to investigate the classics to see what they really say on the matter.

The first and most obvious thing I found was that in our earliest classic text, there was no reference to either of the contemporary terms we use, 向 xiàng ‘facing’ and 坐 zuò ‘sitting’! However, a more detailed search revealed a few terms worth considering. Chapter 1, line 1 of the 葬书 Zàng Shū ‘Burial Book’ by 郭璞 Guō Pú of the Jin Dynasty (276-324 C.E.) is commonly translated –

The third character 乘 chéng is very important here. If it is read ‘ride or mount’ as above, it indicates sitting on something, in this case the Sheng ‘Generative’ qi. As the opening of a book who’s importance cannot be emphasised enough, this would suggest that the sitting direction is foremost in Feng Shui. It is more likely however, that the second meaning of cheng was implied, to ‘avail oneself of’ or ‘seize an opportunity’ rendering the more clear and simple translation – ‘In burial, take advantage of the Sheng qi.’

Therefore we are back to no mention of sitting, but how about facing? There are two possibilities. In chapter 2, line 79 –

This verse discusses the five elements at a site. 相水 Xiàng shuǐ ‘Looking at Water’ is certainly talking about the facing, the others require some explanation. ‘Metal’ here is an analogy for Sheng qi. According to the text Sheng qi travels through the Earth, and is retained by Water – which element is between Earth and Water – Metal. A ‘point’ in Earth is 穴 xué, the original term for the site, also the same character as acupuncture point. ‘Marked by Wood’ is usually considered to signify that a gnomon, a vertical stick in the ground that measures the sun’s shadow, was used to determine the direction (or perhaps today a wooden Luopan?). It could also mean that trees grow at the site, a good indication of Sheng qi. Fire is not included here as it harms Metal, the Sheng qi.

The other possible reference to facing at the very end of chapter 1, line 67 –

The Chinese character 朝 cháo has a number of pronunciations and interpretations but the one relevant here is ‘facing toward’. The ‘four configurations’ are the classic forms – the Cerulean Dragon, White Tiger, Vermillion Bird and Dark Warrior, ‘face towards brightness’ hints at my next point…

We often hear that the classical facing was south. Interestingly the Zang Shu, the source of this information, never explicitly mentions ‘South’ in conjunction with siting. It does however talk about the Vermillion Bird (which was never a Phoenix, a common misconception – the phoenix is a Yin Yang partner with the Dragon in Chinese philosophy, like the Tiger in Feng Shui) in chapter 2, line 101 –

This is commonly interpreted as the front regardless of direction. The 朱雀 Zhū Què ‘Vermillion Bird’ however, is a constellation made up of seven asterisms in the southern aspect of the sky. This was common knowledge at the time the book was written. The Vermillion bird as the front indicated specifically facing south. If it were only the front in general, and the constellation location was not implicated, then there would be no classical ‘south facing’ as discussed.

So why south? Simple, we are Yang loving beings, we worship the sun, without it there is no life. In the northern hemisphere facing south is of course to face the sun. In a traditional Chinese courtyard style dwelling the public areas would have been at the front of the home, receiving direct sunlight, and the private (bedrooms) at the rear.

In ancient times, the dead were buried opposite this with their heads to the north, the direction of winter, cold and death. The 禮記 Lǐjì ‘Record of Rites’ book 9, line 5–

The other constellation associated with direction that bears mention is of course 北斗 Běi dǒu the ‘Northern Ladle’. It circles the pole star in the north and its handle indicates the months and seasons (time) by direction. It was the central feature of the forerunner of the Luopan, the 栻盤 Shì pán ‘Divination Plate’. The Shi Pan’s use was for selecting auspicious dates though, not to site dwellings. The practice was named after the device and called 堪輿 Kān Yú ‘Canopy and Chassis’. It is regarded as an ancestor of, but not directly correlative to, Feng Shui.

We now have clear references to ‘facing’ rather than ‘sitting’ and a direction of ‘due south’. But what about the southern hemisphere? Do we change the direction? reverse or mirror it? The consensus is that we don’t alter compass formulas, but this is an issue of forms, not orientations. In the southern hemisphere one must look north to face the sun, and the same for buildings. The 淮南子 Huáinánzǐ ‘Masters South of the River’ in chapter 4 ‘Earthly Forms’, part 6 expressed it thus –

This is a description of the geography surrounding China and clearly shows that there was an understanding that south of the equator front doors faced the opposite direction to China, north. This is of course assuming the traditional courtyard house as mentioned previously.

The most auspicious facing direction, is without a doubt, the sun. Wherever that may be in the sky relative to location, this is where the Yang qi comes from – life, growth, regeneration. The arrangement of rooms in a dwelling must be taken into consideration, relative the morning, midday and afternoon sun. Too often practitioners get caught up in complex formulas searching for the correct sector, the right degree, the best opening, and forget to look outside to the heavens. So basic a principle should never be neglected or ignored, to do so will only turn away from life, inviting in death! This was the original meaning of Yin and Yang (shady side of the hill, light side of the hill) and purpose of Feng Shui. The effect of the sun is so strong in fact, it overrides all other influences. Just observe our local celestial environment and you’ll see…

Is Feng Shui just a collection of apparently unrelated formulae?