The mind is at the core of being human. Because of this, the refinement and reorganisation of the mind in a sustainable way can in turn alleviate one’s problems so that life’s activities are not problematic and flow with ease and balance.  But….being conscious and positively managing the mind for betterment in all aspects of life, particularly in a sustainable way, can be very difficult for most people to achieve.
Consequently people continually seek out other alternatives. Some search for the special Guru to help align their thinking with or seek any number of specific spiritual systems. In the eighties there was the rapid rise of ‘positive thinking’ with repetitive mantras together with a number of other techniques that have come and gone over the years. Nonetheless, being aware, being conscious and refining the mind is a worthwhile pursuit and particularly when performed en masse, can be used for the betterment of all.
Of great interest is a remarkable experiment conducted by researchers from the Institute of Noetic Sciences and the Global Consciousness Institute. In brief, devices were set up around the world called Random Number Generators in order to detect synergy of mass consciousness. Data was then fed into a computer at America’s Princeton University.
When human consciousness becomes coherent and synchronized, the behaviour of random systems may change. Quantum event based Random Number Generators produce completely unpredictable sequences of zeroes and ones. But when a specific event synchronises the feelings of millions of people, they become subtly structured and ordered.
The probability is less than one in a billion that the effect is due to chance. In fact it has been shown that a shift in mass consciousness can occur if a mere 100 out of every million people align their thinking. For better or worse – a shift will occur. The evidence surrounding significant events that have worldwide focus, suggests a unifying field of consciousness that is often described by sages in various cultures.
For example; In September 2001 something extraordinary happened. Researchers found that not only was there a massive ‘off the scale’ blip on September 11 but peaks had begun two days earlier. The conclusion being that human consciousness knows when something is about to happen. This was further evidence to prove that we are not separate; we are intimately connected and are part of the fundamental whole. 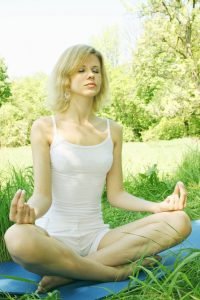 Subtle yet real effects of consciousness are scientifically valuable, but the real power is far more straightforward. Unified consciousness has effects in the physical world. It encourages us to make critical, healthy changes in the great network of systems that regulate our domain. In this knowledge and with the use of Feng Shui as and additional and complementary technology, we can intentionally work toward a brighter and harmonious future more consciously.
Noticing your environment, becoming sensitised to the importance of being connected and supported by it, is a start on the path of being conscious of your surroundings. Feng Shui represents an opportunity to be aware of and embrace the environment (in all its manifestations) in a fully conscious and tangible way. It is a way of addressing any environmental issues and defining some strategies on how to improve the influence of your surround from both an intangible and tangible perspective. These strategies can rise from common sense actions to measures taken that are based on complex formulations grounded upon particular laws of energy.
In our fast paced modern world where there is a constant increase of pollution, intensification of electrical currents and the proliferation of technology we can easily point to adverse environmental factors that increase mental and physical stress levels. There is also our climate and geographic terrain to consider and the influences of the cities that rise up around us – such as the skyscrapers, roads, rivers and bridges.
In my presentation at the International Feng Shui Conference in Singapore last year; many ancient cultures engaged in practices to ensure that their environment was consciously considered, cared for, appreciated and revered. The ancients took great pride in guarding their natural surroundings and living in harmony with the rivers, oceans, sky and land. There are still different cultures throughout the world that have a strong affinity with the land and its energetic influences (and certainly this is true for the Aborigines of Australia). However, Feng Shui, this great, ancient Chinese practice went to the next level and classified this connection with the land into a set of rules and guidelines enabling the user to achieve specific outcomes and benefits related to their lives.
Being conscious of our surrounds allows us the opportunity to embrace our true selves in a healthy, supportive and nurturing environment. So, remember that subtle interactions link us with each other and the earth.
Edition 4
0 comment
0
FacebookTwitterPinterestEmail