A compelling presentation on Urban Landform by newly accredited Grandmaster Dr Stephen Skinner at the 2015 IFSC in Shanghai focussed on two main areas – Buildings as Mountains and Roads as Rivers (the former has been elaborated upon previously, this article will focus on the latter).  His analysis clearly demonstrated that whilst the appearance of roads is best classified elementally as Water (colour and shape), they should not be considered representative of actual physical waterways.  This is because rivers carry water and water retains Sheng qi ‘Generative Qi’.  Roads on the other hand, usually only transmit Sha qi ‘Killing Qi’.

Again it might be presumed that little would be said in the Feng Shui Classics on such a contemporary issue, and naught of that directly.  This would however, be taking too literal a view of ancient texts that were intentionally written in an obscure manner so as to inspire correlative thinking and a more ‘lateral’ approach.  Further reading is needed…

The Zang Shu1 ‘Burial Book’ constitutes the primary comprehensive work on the art of Feng Shui.  The original definition of the term and name “Feng Shui” comes from its pages.  Nevertheless it contains fragments within it of an earlier Zang Jing2 ‘Burial Classic’ upon which the Burial Book’s author states (in his own introduction) his manuscript was based.  Fifteen of the approximately one hundred and eighty lines are stated to be drawn from this earlier source.  Majority of the book appears to be commentaries on these clearly significant verses.  It is possible the original classic was only a short primer but likely would have still exceeded the number of surviving quotes.  The remainder is most probably lost as other volumes claiming the name ‘Burial Classic’ have been proven to be forgeries of later eras.

In support of the theory that the Burial Book is indeed a commentary on the Burial Classic is what we know of its creator Guo Pu.  He was a celebrated annotator of the pre-Han Dynasty3 Classics, many of which would not endure to this day were it not for his editions.  The same can be said for the abovementioned.  In addition to being an expert on Xuan Xue4 ‘Chinese Metaphysics’, Guo Pu was thought to have been well travelled, perhaps aiding in his understanding of the two essential aspects of the Form and Configuration School of Feng Shui – Mountains and Water. 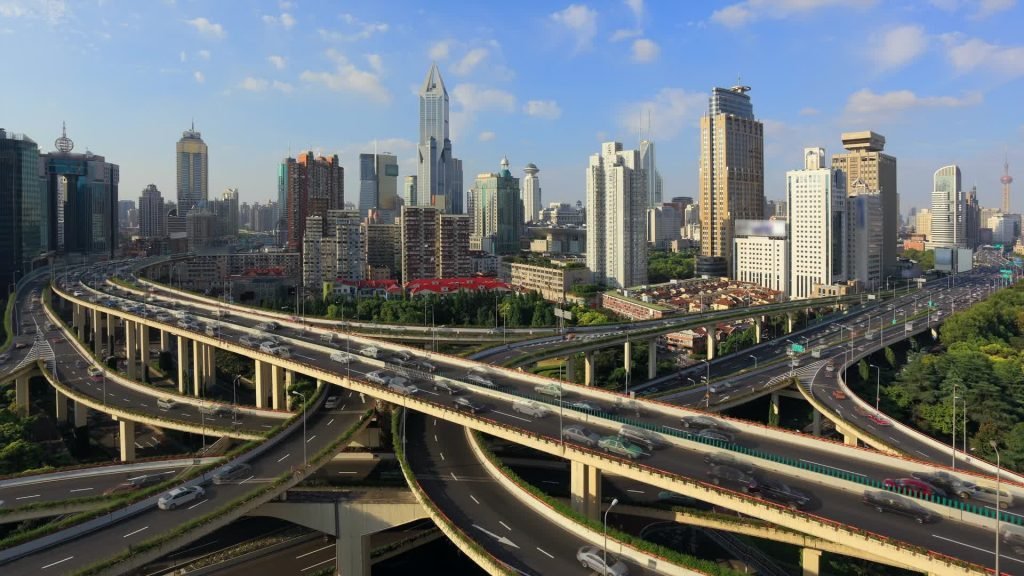 The foundation of our modern knowledge pertaining to waterways, comes from the Outer Chapter of the Zang Shu and the ‘10 Verses on Water’5.  It talks at length of the different characteristics and types of rivers and lakes.  These principles have often then been directly, and perhaps mistakenly, applied to roads.  Whilst it is true that these antique concepts can and do illustrate very practical solutions to current problems, sometimes the analogy is taken too far.  The Grandmaster’s hypothesis would suggest that this is such a case.  Study of the aforementioned chapter informs of the unfortunate nature roadways have when taken as waterways, adding to the validity of this statement.

Commentary – Of the Four Images7, traditionally the Vermillion (Red) Bird8 is often occupied by water rather than mountain.  According to these lines, the relative auspiciousness of a site can be determined by the auspicious or inauspicious quality of the water in front.  The form of the water is under analysis here, not the direction.  This is obviously not true for roads.  Although this may be partially true for some commercial interests, the fortune of a building is not predominantly dependent upon the quality of the roadway it is situated on.

‘Avoid the rapid surging, their meaning is sadness weeping.  Tributaries are not yet abundant, going toward great prosperity.’9

Commentary – ‘Youthful’ water courses, closer to the spring high in the mountains, are turbulent with waterfalls (hence the reference to tears) and considered to bring misfortune to nearby dwellings.  As these streams descend into valleys they often join with other tributaries, the velocity slows to reach ‘Maturity’ and they therefore become increasingly positive.  If traffic is considered flow, roads are contrary.  Generally the larger the highway, the faster the speed limit.  In modern Feng Shui these are considered malevolent and not the slower ‘tributary’ street.

‘Marshes appear to decline, when flow is imprisoned it withers, because of return not ceasing.  The law is every single bend, pooling and thus afterward collecting.’10

Commentary – Stagnant water putrefies and breeds disease.  Ground water and rainfall can prevent drying out, but may not be enough to clear the corruption.  Rivers in ‘Old Age’ meander to and fro, moving but allowing sediment to accumulate.  The inner sides of these curving waters gain increased fertility, whilst at the outer, flooding may ensue.  This is the basis of the Feng Shui concept of ‘inside the bow’ being desirable.  Modern roadways accumulate noxious chemicals and regularly suffer stagnation when unused.  The majority are straight and, with the exception of mountain roads, wandering back and forth is commonly shunned by civil planning as inefficient.

‘Copious and leisurely, turning back on itself desire grows.  It comes without source, it leaves without degeneration.’11

Commentary – Further to the previous statement, the better waterway is one that curls to form a loop, preferably with the origin and egress well hidden from view by local foliage or river bends.  For reasons stated above, even a road twisting in this manner still would not stimulate growth and is therefore undesirable.  Furthermore exits and entries (intersections, overpasses, on-ramps, off-ramps etc.) are usually marked by lines, lights and signage, hardly well concealed.

Commentary – This final couplet from the origin text discusses first, another coiling waterway circling around a site in front of a suitable mountain.  This is the best arrangement and foretells success, health and prosperity for the occupants.  The second suggests water flowing quickly past a site hemmed in by close mountains.  The worst possible configuration, it portends the family head experiencing some confinement in life and peers not flourishing, even dying young.  The exterior macrocosm is illustrating a metaphor for the conditions of the interior microcosm.  The precursor to this article took lengths to explain that buildings do not make good mountains, paired with the idea here of roads making poor rivers, this would indicate the latter formation is more likely representative of urban living.  Perhaps the metropolitan grid can be seen as a kind of busy prison for its inhabitants?

It is probable the assumption that roads can be classified as rivers came from the contemporary practitioner’s need to find a usable classification system for these manmade pathways.  Whilst some obvious parallels can be drawn again we are left with a similar predicament to seeking mountains in buildings.  If we are true to the principles of the art and still persist in view them such, we have to admit it would appear they make for particularly misfortunate water dragons.

There is an innate desire in studying a traditional art that compels the user to state that they have some appreciation or grounding in the classics.  In reality few can even name the texts and fewer can honestly admit any true understanding.  Adhering to the classic material is a necessity for the perpetuation of this science as a whole and should never be a superficial claim.  Whilst many interpretations can be made, remaining faithful to our foundation means not selecting as we find convenient, but instead challenging ourselves to reach a higher understanding though discounting the unsupported and accepting the inescapable – good or bad.  Sometimes what ‘they say’ lacks any real validity and some rules shouldn’t be dodged with a creative ‘work-around’.  It requires a certain tenacity (or persistence) but we can, with hard work, 古為今用 Gǔwéi jīnyòng “Make the past serve the present”.