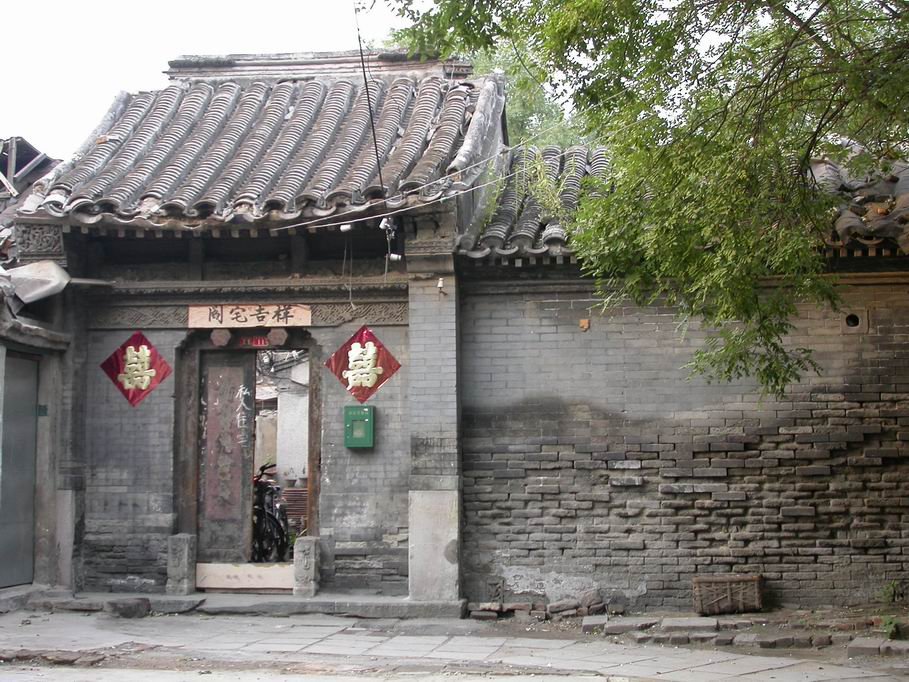 [mks_dropcap style=”letter” size=”72″ bg_color=”#ffffff” txt_color=”#000000″]O[/mks_dropcap]ne of the most important tools a consultant can have at their disposal when assessing the interior of dwellings is an accurate ‘Flow and Containment Study’, better known as the ‘Qi Flow Analysis’.  This enables the practitioner to determine where 生氣 Sheng Qi ‘Generative Qi’ will accumulate or disperse and by virtue of this, decide upon the relative auspiciousness or inauspiciousness of a given physical space and its function.

Commonly in a Qi Flow Analysis, lines are marked on a floor plan indicating the path of Qi.  It should not simply be an ‘intuitive’ process based on personal feeling, but instead a logical progression following strict rules based on the guidelines set out by ancient Chinese philosophy and science.  Whilst the primary trunk and secondary branches might be depicted differently from one individual to the next, the result should always be the same – a clear reflection of the Qi channels within the building.

The method of Qi Flow Analysis comes under the school of Forms and as such, first requires knowledge of how Qi moves in the environment.  The classic text 葬書 Zang Shu, in chapter 1 line 17, gives us the first description of the Qi cycle in nature –

The Qi cycle has many obvious similarities to the modern precipitation cycle.  Both describe circular systems dependent upon water.  This provides us with our first two critical pieces of information for drawing up a usable chart – Qi flow is analogous to water flow, and Qi flow is circular/continuous.  In application this means that the Qi will move through rooms much as water would.  One common technique used is to imagine a river flowing throughout the building and sketch its route.  Always considering that it is continuous and will find a way to move forward to an exit.  However, this is inaccurate and only part of the picture.  Whilst it might move like water, Qi is not a liquid and in some ways it behaves more like a gas moving through the air, but not entirely. This should be taken into account.  Perhaps the most precise way to do this was proposed by an Australian Feng Shui researcher Dr Michael Mak.  He suggested creating a scale replica of the structure from a clear material such as plastic or glass. The model would then be submerged entirely in water then a coloured dye injected in through the doorway.  The pathway it makes as it slowly permeates the structure could be mapped, mimicking the movement of a gaseous substance.  Visualising this gas-like movement through a fluid medium and recording its path diagrammatically is perhaps closer to the actual Qi flow and therefore recommended.

The next two parts of the equation come from the most famous quote in the Zang Shu and the origin of the name Feng Shui, chapter 1 line 10 –

經曰，氣乘風散，界水則止
The Classic Says: when Qi rides the wind it is dispersed,
when it meets a boundary of water it is retained.

From this we can appreciated there are forces and materials in nature that can scatter or gather Qi.  Wind and water are the two prime examples, which is why we have the saying in Feng Shui 背山臨水 Bei Shan Lin Shui ‘Backing mountain (protecting from wind) and facing water (collecting Qi)’.  Within the built environment Qi moves through halls and passageways and is bounded by walls and partitions.  This suggests that qi collects within rooms.  Not to say that walls have the same properties as water, they do not retain qi, merely impede its progress.  And though wind might not blow through, open spaces allows its progress1.  Now, according to another well-known Feng Shui saying 聚氣 聚情 聚福 Juqi Jiqing Jufu ‘Gather Qi, gather feeling, gather fortune’ we are able to determine locations that are accumulating Sheng Qi and therefore good fortune.  Conversely is can be determined which locations are not accumulating Sheng Qi or good fortune.

There are a number of other ‘laws’ of Qi movement that need to be considered with regard to the Qi mouth, direction of rotation, and stagnation of Qi etc. but they are too detailed to all be outlined here.  Applications of even just these key principles can however, help remedy poor practice and produce excellent results for your clients. 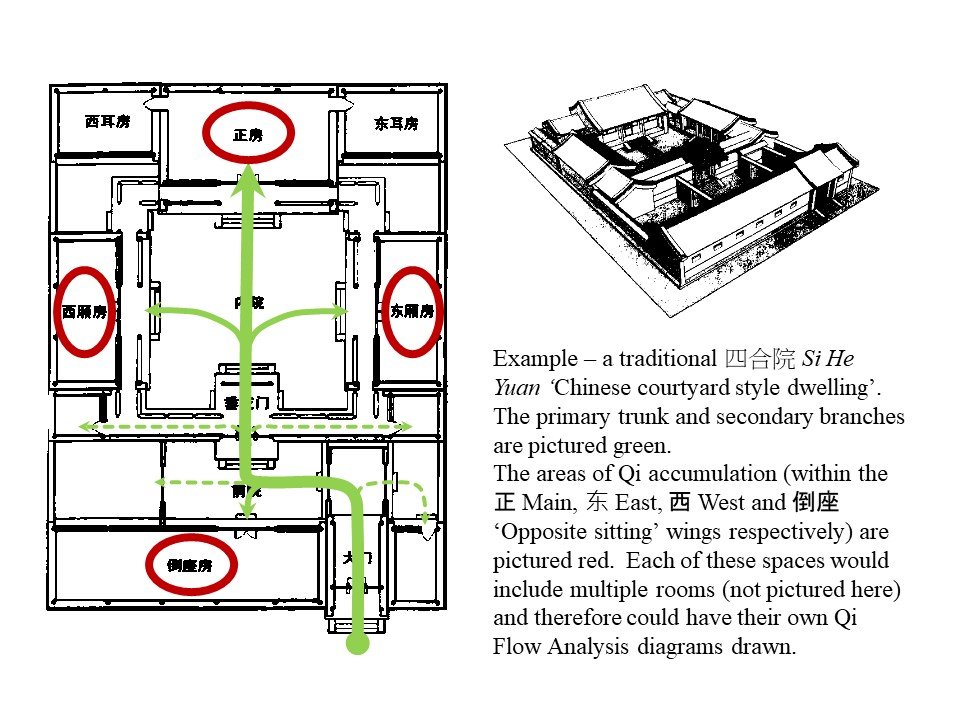 1. This has interesting ramifications when the ‘pie chart’ method of dividing a home is critically analysed – Qi doesn’t follow invisible ‘heavenly’ boundaries in the home set by the magnetic compass, it conforms to visible structural boundaries – set by rooms.