The Three Auspicious and Six Inauspicious is an ancient ‘checklist’ for the practice of Feng Shui.  The purpose of which was to ensure that the consultant and their analysis were comprehensive.  This collection of 9 principles comes from the earliest and most important text on Feng Shui, the Zang Shu by Master Guo Pu circa 276-324 C.E.  Although known as the ‘Burial Book’ the content equally concerns dwellings for the living and the dead.

The ‘Point’ here is the site selected for a dwelling, it is the same term as used for an Acupuncture point.  There are three criteria for an auspicious site.

‘Burial’ concerns the dwelling built upon that site.  There are six inauspicious conditions with regard to the dwelling.

‘Heaven’s light looks down, Earth’s virtue is carried upward’ refers to the Feng Shui concept of ‘as above, so below’ or, ‘the microcosm reflecting the macrocosm’.  What occurs in Heaven, affects, and is reflected by Earth.  Therefore, when the three auspicious criteria for sites are followed, and the six conditions for inauspicious dwellings are avoided, Heaven and Earth will be unified and the occupants will receive the benefits.

The first three verses are to be applied to the site – 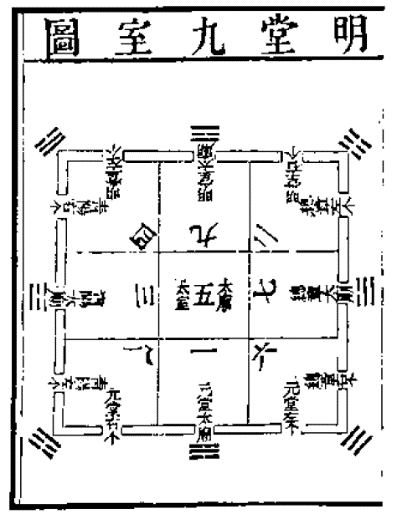 The conjunction of the new moon is when the sun and the moon converge, occupying the same asterism in the sky and the moon is not visible.  It occurs once a month and is the basis of the twelve Earthly Branches.  Welcoming spirits and avoiding ghosts implies rituals performed at this time.  This shows the importance of ritual in early Feng Shui, most likely something similar the popular ‘four corners blessing’, but certainly not ‘space clearing’ which is not, and never was, part of Feng Shui.

This suggests a good balance of opposites – the site should not be too yin or too yang, and it must have good soil.  The five soils are indicated by colours, corresponding to the five elemental phases – green, red, yellow, white and black.  They were likely originally observed as phenomena with regard to the lands of the four cardinal directions and centre of China.  The last, black – water was considered undesirable at a site, it suggested too much moisture in the ground.  The other four should all be present.

These lines discuss the need for the practitioner to be well trained in reading the environment to gain the most advantage from nature.  It is only when the original character of a site is respected 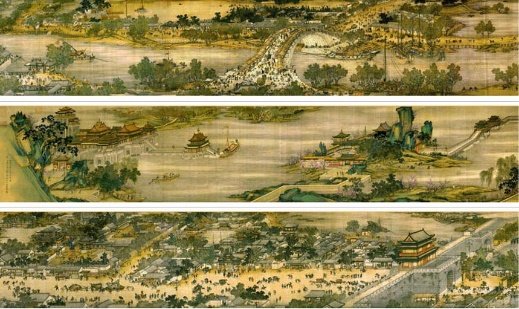 and adhered to that it can change the fate of the occupant for the better.

The next six verses refer to the dwelling –

Yin and Yang in error, the meaning is to be out of balance.  Whilst this sounds similar to the earlier statement in the ‘second auspicious’ in this case it is being applied to the dwelling.  This could take on any number of meanings with regard to the configuration, forms or directions being incorrect (after all, elemental phases, trigrams, stems and branches are all just degrees of yin and yang).  It likely meant all of these and the need to take care in planning.

Here we have a clear indication that date selection was applied in this primary stage of Feng Shui development.  The likely method was use of the 栻盤 Shì Pán ‘Divination Plate’ the forerunner of 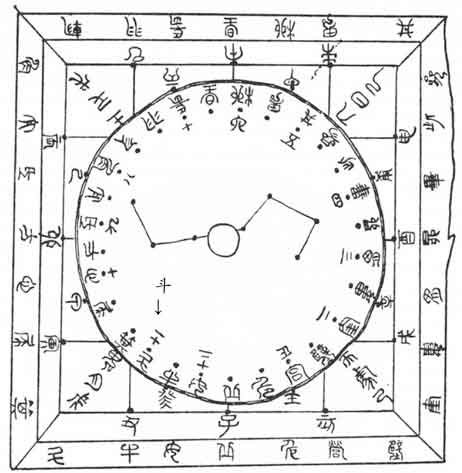 the 羅盤 Luó Pán. It was a popular form of divination at the time and the practice was called 堪輿 Kān Yú ‘Canopy and Chassis’ referring to the construction of a circular heaven plate over a square base plate.  This name was synonymous with an earlier progenitor of Feng Shi and its practitioners.  Its calculations employed the Heavenly Stems, Earthly Branches, Twenty-eight Asterisms and perhaps even Trigrams.

To be overly ambitious is the failing in this case.  If the intention is too grand and goes beyond one’s abilities, this can only result in misfortune.  The advice here is to exercise humility and play to one’s strengths.

This last condition can be interpreted one of two ways.  The conventional opinion in the commentaries is that it advises occupants not to ignore the Feng Shui and presume existing wealth with last.  A second interpretation could be for the practitioner not to count on fame or reputation alone, but again to be humble and work studiously.

Here the advice is not to show off with expensive designs so as to appear wealthier, but in the same respect not to be cheap with materials in order to save money.  To work within one’s means.  An alternative reading could suggest the practitioner shouldn’t boast about oneself or criticize others in the field.

The last possibility is somewhat cryptic but the consensus amongst the classical annotators is that this applies to extraordinary events preventing completion of a dwelling or a survey of such.  For examples – conflict, lack of finance, legal issues or death.   These are inherently often beyond the practitioners influence and without foreseeable remedy, but all the same are exceedingly unlucky and disruptive when they occur.

The modern understanding of this would be that a good site with a bad dwelling is equivalent to abandoning the occupants.  Ideally a good site and good dwelling is sought.  To achieve this, one only need follow the classical checklist –