Howard Choy (Cai Hong) is a Feng Shui Architect and Principal of the European College of Feng Shui (ECOFS). In this article for FST he talks about Xuan Kong Flying Stars.

According to Hu Jing-Guo in his book The Study of Xuan Kong Feng Shui, the earliest written record on Xuan Kong Flying Star 玄空飛星 was by Guo-Pu 郭璞 (276－324）during the Jin 晉Dynasty when he wrote, “The source of the Vermillion Bird will give an indication of the Sheng Qi (of the land), confusion will disappear when this is understood.”, which is to say that when the facing of a building is known, we can determine its auspicious and harmful potentials.

Since then many have written about Xuan Kong feng shui without mentioning how to fly the stars, in particular Yang Jun-Song 楊均松of the Tang Dynasty, who wrote in his book The Saying of the Azure Bag, “Qi and Xiong (Female and Male) when they have intercourse, they give rise to Xuan Kong” and also the saying, “Only in Wuxing (Five Elements) that we can understand Xuan Kong”.

Further hints about the Flying Star method was given during the Ming Dynasty when Jiang Da-Hong 蔣大鴻, who is often accredited with the re-emergence of Xuan Kong Flying Star after a period of decline, between the Tang and Song dynasties, wrote, “The Taiji can be differentiated (into the Liangyi of Yin and Yang) when we can count with the fingers”, which is to say that the principle of Xuan Kong lies in the mutual interaction of the Yin and Yang and how they match with the Five Element relationships in the fingers method of flying the stars.

Having mentioned the need to know how to fly the stars, Jiang did not tell us how to do it. In fact, he encouraged his students and disciples to keep this secret to their own inner circle when he wrote in the “Tianyu Jing” 天玉經 (The Heavenly Jade Classic), “The most precious in the art of Yin and Yang (feng Shui) is the method of how to fly the stars (Aixing Shu 挨星術) and the use of the Wuxing of the Da Xuan Kong (Five Elements relationships of the Trigrams and Hexagrams). They are the secrets of the working of Heaven and should not be divulged indiscriminately, lest they lose their value and usefulness”.

Because Jiang Da-Hong, the lineage holder of the Xuan Kong system, insisted that their art be kept secret from the public, so many not belonging to his lineage, tried their best to interpret Jiang’s writing to come up with their own interpretations that are often incorrect.  At the end of the Qing Dynasty and the beginning of the Republic era in China there were six major schools of Xuan Kong, they were the Wu Chang Pai (無常派), the Xiang Chu Pai (湘楚派), the Dian Nan Pai (滇南派), the Su Zhou Pai (蘇州派), the Guan Dong Pai (廣東派), and the Shang Yu Pa (上虞派).

Out the six schools only the Wu Chang Pai, that is the Feixing Pai 飛星派 or the Flying Stars Schools as we know it today, headed by Zhang Zhong Shan 章仲山 at the time, flies the stars in the way that is genuinely Xuan Kong. The others did not really survive or at least they are not practiced much any more, with the exception of the Shang Yu Pai originated by Zhang Xin-Yin 張心言, and is popularly known nowadays the Yi Gua Pai 易卦派 or  Xuan Kong Da Gua 玄空大卦, where it divided the 360 degrees of the western compass into 64 Hexagrams of approx 5.6 degrees each.

Because everyone is very secretive, it is difficult to known exactly how the other four schools worked, except they tended to be static and don’t fly the stars.  Some don’t worry about sitting or facing; they take Period 1 as Kan Qi, Period 2 as Kun Qi and Period 3 as Zhen Qi etc. (that is, using the Early Heaven Trigrams and matched them with the Luoshu numbers instead of using the Later Heaven Trigrams like Flying Stars do).

Some fixed the stars in a particular palace, like the Qian palace as the Sheng Qi palace, and the opposite Xun palace is the Tong Gua Qi (Connected Gua Qi), therefore a house that sits or faces these two directions are always auspicious.  Some chose a different way to fly the stars, for example the Fu Mu Gua (the Parent Gua) always fly reverse, ending up always as a reversed house.

Some used the Hetu pairing to work out the period, for example if it is Period 1 then add 6 a to do the chart. It was a confusing time. There are no connections between these schools and the Taoist sects; they are practiced more by region (eg Suzhou Pai and Guangdong Pai, etc), rather than by religion.  The most authentic and traditional was the Wu Chang Pai and still survived today, thanks to Master Shen Zhu-Reng 沈竹礽 (1849－1906), who cracked their secrets and wrote books on them to pass down to us.

Most teachers don’t mention the other four schools because they don’t exist at all as far as the general public is concerned, especially in the West, so there is no need to say anything about them, with the exception of Xuan Kong Da Gua of course. It is usually distinguished from the Flying Stars by name and teaching.  Some do mix some of the other schools techniques in their interpretations, but it is seldom the case, and if they do, they would call themselves a special name, like the Imperial School of Feng Shui or the Central China School of Feng Shui (Zhong Zhou Pai).

A lesson to learn from history is the negative impact of keeping secrets. To this day, the practice of feng shui still does not have a universally recognized industrial standard, nor commonly agreed upon working methods, especially with the compass methods. Many still promote feng shui through lineage and secretly passed down family methods, instead of an open source educational system, where the students can learn from different teachers and different methods to have a thorough education on feng shui.

Gradually, Feng Shui is opening up in the East and the West, and with the world-wide web, the chance of being ripped off by the charlatan teachers is getting less and less. But nevertheless be extremely careful in choosing the right teacher and course to begin your Feng Shui study, as your first teacher always have a deeper influence on your future development than other teachers who come after.

Below shows a Liji Ruler 立極尺 used by the Xuan Kong Flying Star School. The red color in the 24 Mountains ring indicates the stars to fly forward and the black color indicates the stars to fly reverse. Also shown below is a picture of Master Shen Zhu-Reng, who wrote the Shen Shi Xuan Kong Xue (The Study of Shen’s Xuan Kong) with his son and his disciples who openly passed this knowledge down to us. 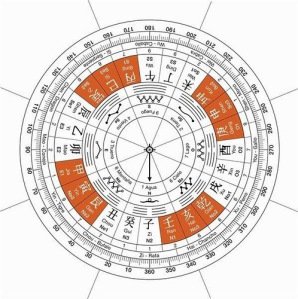 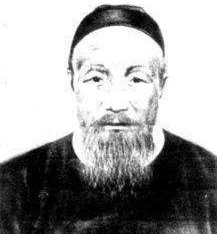 This three day master course will cover the classical methods of Xuankong Feixing Flying Star Feng Shui, and will include advanced methods of analysis, which have not been readily available to Feng Shui practitioners before. Howard will introduce a different method of flying the yearly stars that was passed down from Master Luo Shi-Peng, whose lineage can be traced back to Jiang Da-Hong of the late Ming Dynasty, and is more thorough than the popular Shen’s methods. This method will be available to students for the first time.  If you have a good grasp of the Flying Stars and wish to further your professional development, the information learned in this course will add the finishing touch to your Feng Shui practice.  Practitioners and students from different schools are welcome.

There are two popular schools of Bazhai Feng Shui – one is advocated by the book “Bazhai Mingjing” or “The Bright Mirror of Eight Houses” written by the Daoist Monk Ruo-Guan in 1791, and the other is written by Zhao Jiu-Feng earlier in 1786 and called “Yang Zhai San Yao” or “The Three Requirements of Yang Dwellings”.

This two-day course will cover the “Bright Mirror” system of charting auspicious and inauspicious sectors of a building with the 8 Wandering Qi according to compass directions.  This method of Feng Shui has been passed down since the Tang Dynasty (618 – 907 AD).  The system is used to correlate the pattern of an individual’s ‘luck’ with that of a building.  We will look at the working of this method and examine how to apply solutions that balance the qi patterns of individuals and buildings with real examples.  The use of the Bazhai rings of the Luopan will also be taught.

Altogether there are at least four methods of Bazhai Pai Feng Shui, and each will be introduced in the course, with the method from the Bazhai Mingjing classic dealt with in detail.  By the end of the workshop, Howard will cover the complete theory and practice of this popular method, and discuss the full range of Bazhai methods available.