Grand Master Raymond Lo’s predictions have spanned a range of political, economic and social events. In this edition of Feng Shui Today he examines the Birth Charts and Luck Pillars of several mass murderers and compares these findings to those from a recent forensic psychiatric study.

In the 6/8/2012 issue of Newsweek there is an interesting article called “What a Killer Thinks”. In this article the forensic psychiatrists classified the recent mass murderers into 3 types:

Examples of these are :

This analysis is amazingly in parallel with what are reflected in the respective Four Pillars of these killers.

Cho is weak metal and he needs support of fire and earth, water and wood are unfavorable. When he committed the massacre he was 23 year old, in the year of Pig and he was still at the end of the luck pillar of Pig. Such excessive amount of water pig is intelligence element. When it turns excessive and unfavorable this is rebellious, aggressive, anti social, anti establishment. As intelligence is ‘Killing the Boss’ which means against law and order. This is matching with the delusional type and the false belief that he has to fight everyone around him as all are his enemy. 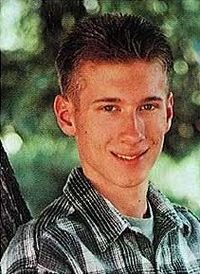 Eric Harris is extremely weak fire – Follow the Leader type. Therefore his favorable elements are earth, metal and water and his resources of wood are most unfavorable. When he committed the crime he was 18 years old and in the luck pillar of tiger wood. Also the year, month and day of the crime form a string of wood in the Tiger, Rabbit and Dragon. This massive amount of wood is unfavorable resources, which means wrong and sick ideas, wrong thinking and false knowledge. This is matching with the psychopath type. He is sadistic, enjoys killing and enjoys inflicting pain to others. These are the sick thinking and sick state of mind. 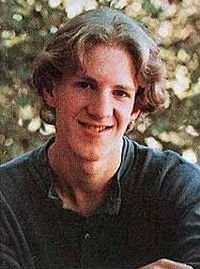 He is strong water and he needs fire and wood as outlet for his excessive water energy. Metal and water are unfavorable. As his major problem is excessive amount of metal in his year and month pillar, such unfavorable resources element will suppress his intelligence i.e. metal is making him frustrated and depressed. The massacre happened when he was 18 years old in the luck pillar of earth supporting the bad metal element. Also the massacre took place in 1999, which was the year of Rabbit. The Rabbit clashed against his year of Rooster and month of Rooster. Such a clash very much activated the metal Rooster making his depression even more unbearable and he was desperately seeking an outlet. So in this case suicidal depression is an accurate description of his state of mind. In accordance with the above classification we can also examine the Four Pillars of the more recent killers – James Holmes and Anders Breivik and see what is their type . 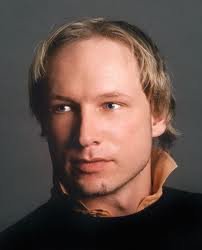 Breivik’s Four Pillars bear similarity to those of Cho Sheung – Hui of the Virginia Tech massacre. Both are weak yin metal and need the support of earth and metal. Water and wood are unfavorable and both are in the bad luck pillar of strong water. This is bad intelligence element which the Chinese call ‘Killing the Boss’. Such people resent any restrictions, rules and regulations and they are rebellious, aggressive, anti- social and anti- establishment. They have the delusions that all established values are their enemies and this falls in the category of the Delusional type.

However I noticed that there is some difference. In Cho’s Four Pillars the power element of fire is totally absent. However in Breivik’s case his power element of fire is quite strong and the day he killed shows a lot of wood, or money element. Such wood will very much activate his fire. There is a saying in Four Pillars that “excessive money will attract the ghost to attack the self” (財引鬼氣, 鬼旺攻身 ). So for a weak self –element, money is unfavorable and it will support power and draw trouble with the Power element. This can be the law, the police, a ghost, a demon or just heavy pressure stimulating his aggressive action?

James Holmes, who was the killer in the recent massacre at the Aurora theatre in Colorado, is quite similar to the case of Anders Breivik. He is also a weak self- element, in the luck pillar of aggressive intelligence and money and with a strong presence of power element in his Four Pillars. 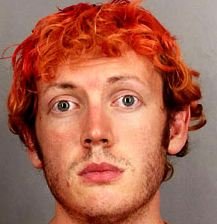 The shooting occurred at midnight in the early rat hour of 20/7. However after adjustment for daylight saving hour it was actually 19/7 late rat hour.

James Holmes is a weak fire person and he needs support of wood and fire. His unfavorable elements are earth and metal. At the age of 2, he is in bad luck of earth over metal. Earth is his aggressive intelligence element which is making him aggressive and rebellious. In this respect he is similar to Cho Sheung- Hui. The aggressive intelligence element is ‘Killing the Boss’ and he is anti -social, anti -establishment and against the law. So he can also be classified as a Type 1 killer, which is Delusional. In his Four Pillars there is also strong water which is his Power element. In this respect he is more like Anders Breivik. His luck is also strong metal rooster and the day and hour he killed were also metal. This is money element attracting power and the ghost. So it is also a case of “Excessive money attracts ghost to attack the self”.

What is the role of the Power element in the killers Four Pillars? In the above two examples of Anders Breivik and James Holmes, both of them carry strong power elements. Does this make them a new category of killers? This I have to leave to forensic psychiatrists to study and analyse. In terms of Four Pillars of Destiny the power element can be interpreted as psychological pressure they face in their environment. Their delusional feeling could interpret such pressure as their enemies and their luck of aggressive intelligence stimulates their action to rebel, to fight the law and go against society and the establishment. However both are eventually overcome by power which is the police and the law. Again this is “Money attracts ghost to attack the self”.

Before I conclude this article I may as well show another example of “Money attracts ghost to attack the self”. This is one of the victims who died in the Aurora theater shooting, a Ms. Jessica Ghawi. 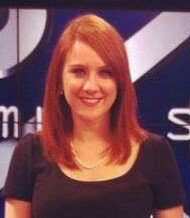 This girl was present in two shooting incidents. The first time was in the Toronto Eton Centre on 2/6/2012 and the second time at the Aurora theatre in Colorado on 20/7/2012. The first time she was not hurt, but unfortunately she was killed in the second shooting on 20/7.  She is a weak metal girl in the luck of strong wood, which is unfavorable money element. She died in July which is a month of goat, combining with her birth year of Rabbit and birth month of pig, forming the massive three combination of wood – Pig, Rabbit, Goat. Such big amount of wood (money) supports the fire/power element that appeared in July as well as appeared in her year pillar.  To this metal girl the power element of fire is her killer.  This is clearly a case of “Excessive money draws the ghost to attack the self”.

Grand Master Raymond Lo, popularly known as "Fung Shui Lo", is a professional feng shui and destiny consultant, author and lecturer, who helps people create harmony with their environment, for greater relationships, health, wealth and success. Mr. Lo has appeared on numerous television shows, including : ABC’s "Good Morning America", BBC’s "Wicker’s World", Australian TV "Today Show", Discovery Channel’s "Feng Shui Makeover", CNN’s "Tech Watch" and Chinese new year interviews. He has also written a newspaper column for the Hong Kong Standard, as well as several popular Feng Shui books in English and Chinese, which have enjoyed world wide popularity . Many of them have been translated into other languages such as Russian, Greek, Romanian, Hungarian etc. He was lecturer at the School of Professional and Continual Education at the University of Hong Kong, consultant to the Hong Kong Tourist Board for their Feng shui lectures and tours, as well as consultant for the Peninsula Hotel’s Peninsula Academy, and SCMP.com’s annual feng shui forecasts. And his speaking engagements have included the World Economic Forum.

The James Holmes 4 pillars chart is incorrect. The birthdate is correct. The chart should read..year is yin fire over yin wood rabbit..month is yang water over yang water rat…day pillars is yang fire over yang metal monkey. The hour pillar is yin earth over yin water pig. Time of birth 9.04 p.m. from darkstar astrology uk now the clue for this incorrect chart is the year 1987,as everybody knows,is the year of the fire rabbit. Also the correct luck pillar is yin earth over yin metal rooster. my comment on the correct chart..a self destructive personality..see the yang water acting as 7 killings on the self element..the killer gained quick notoriety in killing others as a way of destroying himself. The luck pillar rooster clashes with the killers year of birth,rabbit…more self destruction

Raymond Lo has the correct chart on his website. eg James Holmes born in year of fire rabbit.