Grand Master Raymond Lo’s predictions have spanned a range of political, economic and social events. In this edition of Feng Shui Today he gives us an insight into some of the energies and influences heading our way in 2012.  A must read for all those who wish to prepare for the Year of the Water Dragon. 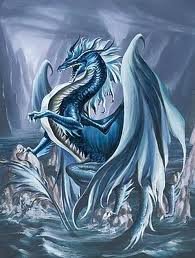 Grand Master Raymond Lo, popularly known as "Fung Shui Lo", is a professional feng shui and destiny consultant, author and lecturer, who helps people create harmony with their environment, for greater relationships, health, wealth and success. Mr. Lo has appeared on numerous television shows, including : ABC’s "Good Morning America", BBC’s "Wicker’s World", Australian TV "Today Show", Discovery Channel’s "Feng Shui Makeover", CNN’s "Tech Watch" and Chinese new year interviews. He has also written a newspaper column for the Hong Kong Standard, as well as several popular Feng Shui books in English and Chinese, which have enjoyed world wide popularity . Many of them have been translated into other languages such as Russian, Greek, Romanian, Hungarian etc. He was lecturer at the School of Professional and Continual Education at the University of Hong Kong, consultant to the Hong Kong Tourist Board for their Feng shui lectures and tours, as well as consultant for the Peninsula Hotel’s Peninsula Academy, and SCMP.com’s annual feng shui forecasts. And his speaking engagements have included the World Economic Forum.

11 Feng Shui Tips for your Bedroom

Smart Meters – Not So Smart!

How do you figure out the “day of the dog”?

Mindy,
It seems that the article has mixed up the day pillar and hour pillar people.

You will notice that for example Steve Job’s day pillar is yang fire dragon.
If you are interested in following up on his hour pillar you might like to use this much more reliable site for verifying hours of birth. http://www.astro.com/astro-databank/Jobs,_Steve

Micheal Doublas, Kirsten Steward do have day pillars which sit over the dragon.

Halle Berry – verifying with Astro databank they have the following birthdata 14 August 1966 at 23:59 (= 11:59 PM ) this makes her day pillar dragon unless you use the rat hour as clicking over at 2300hrs. You would definitely need to do two charts for her.

how would i know if i am a weak or strong birth year ? in the Chinese calendar
i am born under the sign of the earth dragon..
my bday is june 20 1988

Hi, I am wondering if you can advise me on a problem that I have for 2012.

My bedroom is situated in the south east and my bed also faces south. As my bedroom is also not of
large size it is difficult to even consider moving my bed at all.

Please could you advise me on this, as I am aware of Grand Duke Jupiter in the South East sector and also another inauspicious flying star in the south.

Hi, I’ve read articals from other feng shui guy. He said this year is a wood dragon year. But you said it is water dragon year. What kind of dragon it suppose to be? Is it the basic thing for the feng shui teller?