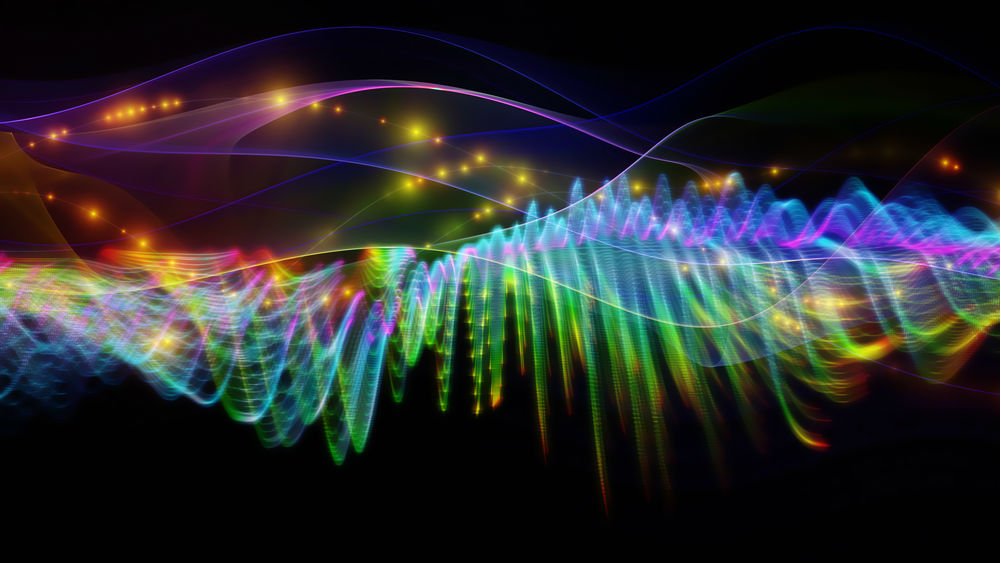 Vibration is fundamental to all existence.

In our universe, objects from a lump of rock, a chunk of metal, a stately home to a beautiful flower, share a fundamental reality. They are comprised of molecules, atoms and sub atomic particles that are in a constant state of motion, or vibration.

Macroscopically, many of the objects around us may seem passive, but when we magnify them, we see that they are intrinsically restless and full of activity. The closer we look at them, the more alive they become. According to quantum theory, matter is never quiescent; instead, it is always in a state of motion. In addition, material objects and structures fluctuate and vibrate according to their external energies such as gravity and temperature. Environmental harmony and the relationship between these vibrational influences and energies are inextricably linked.

Force and matter, particles and waves, motion and inertia, existence and non-existence are some of the contradictory concepts transcended in modern physics – the latter of course, the question of existence and non-existence being the most fundamental. We have two fundamental realities in our Universe – the physical and the metaphysical. Physicists identify all physical phenomena as the exclusive manifestation of energy, whether that is as matter or electromagnetics / radiation. No physical energy of the Universe is ever ‘lost’ and both of these energy states are exchangeable one into the other – eternally regenerating. According to Feng Shui principles our environment is subdivisible into two parts, physical and metaphysical. The latter consists of human thoughts, generalised principles, customs and vibrational systems unseen with the natural eye. On the other hand, the physical component is essentially the material environment – what we can see and touch.

In contrast to the western view of the world, Eastern philosophy has always maintained that space and time are paradigms of the mind. In contrast the Western tendency is to divide everything into individual and/or separate things. This is often considered by Eastern mystics as bordering on ignorance, even delusional. On the other hand, the Eastern perspective is more organic. All things and events, all experiences are interrelated or connected and are merely different characteristics or expressions of the same definitive reality.

The various schools of thought within Eastern mysticism differ in their specific elements with one exception. They all emphasise the primary unity of the universe and all people, all things. The highest possible objective for followers of Eastern teachings is to become aware of this unity and the mutual interdependency of all things with the basic tenet being to transcend the notion of individuality.
In the Eastern view, the division of nature into separate objects is not appropriate and all things have a shifting and ever-changing relationship. The Eastern world perspective is therefore inherently dynamic and includes time and change as fundamental elements. The universe is therefore seen as one inseparable reality – always in a state of change, always in motion, interactive, organic, spiritual and material. Everything is inextricably linked.
On our planet, ‘Life’ and its constantly evolving occurrences continually alter the environment, and the altered environment in turn modifies the potential realities and challenges that life presents. This is the premise on which Feng Shui principles are based.

By understanding nature through science and philosophy and then by using specific laws of the natural world with the principles of vibration and interaction, we can alter the environment and support positive change in our lives; in every area of our lives. Opportunities can then be created in many aspects of existence such as harmony, health, personal enhancement, intellectual advancement, career, relationships and wealth.
Consciously making the effort to manage and adapt your physical environment through the principles of Feng Shui can create a positive difference to yours and your loved ones lives.
‘Life’ is not really the physical paraphernalia we have around us and use on a day to day basis. Life is more organic, experiential and metaphysical. Nonetheless, changing the environment alters the relationships between the greater vibrational influences and therefore our state of mind. In this way opportunities that weren’t previously in our awareness can be created. Life can quite easily be enhanced by simply harmonising the diverse vibrational energies.

On The Yi Jing and Its Reflection in Confucianism and Taoism

Perfect Feng Shui and Your Home