Much of the life of Charles, Prince of Wales has always been closely scrutinized, with both his marriages and position as heir apparent to the British throne subject to examination and speculation across a wide range of media.

Indeed within the field of Chinese Astrology (otherwise known as Ba Zi), his Birth Chart and Luck Cycles have often been studied by students and practitioners of this ancient metaphysical science; for the public record of his life events provides a unique resource by which to hone their destiny analysis skills.

With this in mind the purpose of my article is not to provide a retrospective analysis of the life and times of Prince Charles, but rather to focus on the Day Pillar of his Birth Chart and the influence which this year of the Wu Earth Dog (戊 戌) brings.

In the process of destiny analysis we sometimes tend to focus our efforts on Chart classification and the interaction of prevailing elements and overlook how much information can actually be gleaned from the Day Pillar itself.  This is most definitely the case with Prince Charles, as his Day Pillar of Yin Water/Rabbit (癸 卯) reveals a wealth of information about the man himself.

The first thing that we should note from his Day Pillar is that the Spouse Palace contains the Rabbit (卯), which for a Yin Water or Gui Day Master (癸) is a Nobleman Star.  This is an auspicious influence, particularly when located in a Birth Chart and can indicate success and accomplishment over a lifetime. 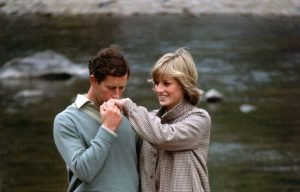 Furthermore when you ‘sit’ on your Nobleman Star it means that you are likely to find a spouse who will help you.  Of course we all know that Prince Charles married Lady Diana Spencer, who was not only the mother of his two sons Prince William and Prince Harry, but was also largely responsible for modernizing the royal family and making them more relatable in a modern world.

The sad breakdown of their marriage, which was followed some time later by her tragic death in a car accident are now a part of history, but whilst she was married to Prince Charles she popularized his public profile and gave him two sons who he clearly adores.

Now of course Prince Charles is married to Camilla Parker-Bowles, who was not only his long-term girlfriend prior to his marriage to Princess Diana, but reportedly remained his mistress and confidante.  Whilst she will never attain the glamorous, humanitarian status of his iconic first wife, Camilla (who is now the Duchess of Cornwall), seems to have brought some much needed stability into the private life of Prince Charles and he certainly seems happier than ever with her by his side.

So even though his two wives had vastly different qualities and characters, each one in their own way has helped him, brought him great happiness and supported him in his unique and often demanding role as the Prince of Wales. 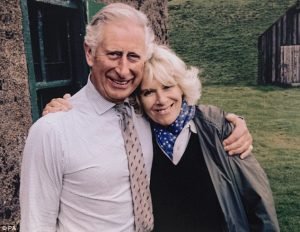 The second thing that we should note about Prince Charles Day Pillar is that the Rabbit (卯) is also his Academic and Study Hall Star.  The presence of the Academic Star in his Spouse Palace not only tells us that he is a very intelligent man, but that he will also marry someone who is intelligent.

In addition the Study Hall Star shows us that he learns things very quickly, picks up new skills relatively easily and is capable of producing highly respected work.

Amoungst other things, he is a wonderful artist, but more importantly the Prince’s Trust charity was founded in 1976 by Prince Charles to help vulnerable young people get their lives on track. It’s the UK’s leading youth charity, having helped over 870,000 young people turn their lives around, created 125,000 entrepreneurs and given business support to more than 395,000 people.  In fact Prince Charles dedicates much of his life to various charities and causes throughout the United Kingdom and Commonwealth, which he rarely receives recognition for.

So now that we know Prince Charles ‘sits’ on his Nobleman, Academic and Study Hall Stars which imbue him with certain qualities, let’s take a look at how his Day Pillar also reveals what sort of year lies ahead for him.

The Heavenly Stem of Yang or Wu Earth (戊) rules the first half of 2018 and this has a special relationship with his Yin Water Day Master (癸). In Chinese Astrology terms we say that these two Heavenly Stems ‘combine’.

As Earth relates to status, power and rank for a Water person, this means that Yang Earth can bring career recognition and success to those people such as Prince Charles who have a Yin Water Day Master. On an extra note, it can also bring a man if you happen to be a woman.

The Earthly Branch of the Dog (戌) rules the second half of 2018 and this has a special relationship with the Rabbit (卯) in his Spouse Palace.  In Chinese Astrology terms we call this a Six Harmony Combination, which is a favorable influence and brings good fortune and assistance from mentors or helpful people.

As such Prince Charles Day Pillar of Yin Water/Rabbit (癸 卯) actually has a Heaven and Earth Combination with the Yang Earth/Dog (戊 戌) year, as both the Heavenly Stems and Earthly Branches combine. This is a fortuitous influence which brings opportunities to him, as well as helpful people and the potential for career recognition and success.

I think that 2018 is already shaping up to be a particularly good year for Prince Charles, as he not only has a third grand-child due in April, but Prince Harry is of course marrying Meghan Markle on the 19th May.

He also just completed a very successful tour ‘Down Under’ where he opened the Commonwealth Games on behalf of the Queen and visited various hospitals, charities, businesses and outback, indigenous communities. In all the places he visited I think it’s fair to say he was warmly received and genuinely seemed to enjoy being back in Australia. Her Majesty also just announced that Prince Charles will take over her role as the Head of the Commonwealth.

Meanwhile the younger members of the Royal Family continue to assume many of the roles and duties which have previously been performed by the Queen and Prince Phillip. Her Majesty celebrates her 92nd birthday on the 21st April and Prince Phillip retired from public life last year at the ripe old age of 96!  He also just successfully underwent hip surgery, which is remarkable for someone his age.

So what do their Day Pillars reveal about the year ahead for them?  In both cases they actually suggest some disharmony, health issues or even an accident, as their Day Branches contain the Dragon (辰), which is currently in a clash relationship with the Dog (戌).

Overall this seems to indicate that Prince Charles will increasingly step up and assume more duties on behalf of the Queen, particularly this year as he enjoys the good fortune of a Heaven and Earth Combine, whilst his elderly parents must deal with a problematic annual influence brought on by a Dragon and Dog clash in their Day Pillars.

As the longest serving Prince of Wales in history, it has long been the subject of conjecture as to when (if ever) he will finally take his turn as Monarch.  Prince Charles entered his current Luck Cycle at the age of 68, with the first five years of this period (68 to 72) ruled by an unfavorable Yang Metal (庚) energy.  Therefore he is unlikely to assume the throne during this time.

However in November this year he turns 70 years of age and the more favorable energy of the Fire Horse (午) kicks in on his 73rd birthday.  Therefore it does indeed seem that his time has nearly come and it is possible for him to fulfill his destiny as King of England, sometime between the ages of 73 to 77.

Unfortunately he is not likely to enjoy a trouble-free reign, as the strong Fire energy of the Horse (午) will bring some health issues with it.  At the age of 78, he then enters a new Luck Cycle where the first 5 years are governed by the unfavorable Yin Metal (辛), which is also problematic for him.

Therefore a window of opportunity exists between the ages of 73 to 77 for Prince Charles to become King, as long as his health remains robust. Furthermore if he can make it to 83, then the very favorable energy of the Goat (未) arrives in the twilight of his life, to finally give him those golden years as England’s reigning monarch.

The much neglected Eight Mansions Method