In evaluating the oncoming year with Chinese Astrology we rely heavily on the ‘Year Pillar’ – assessing the qualities associated with the stem, branch and their combination.  Whilst we know that each have correspondences in yin yang, five elements, seasons, planets, trigrams, directions, channels etc. the underlying meaning of the characters themselves is often overlooked.  Sadly in many cases these original characters are even replaced by modern practitioners with letters or roman numerals (to make it easier for [us] dumb Westerners!), losing a little of the magic.

As some of the oldest Chinese characters in existence, the stems and branches have many layers of interpretation.  First, let us look at the heavenly stem, 乙Yǐ (pronounced ‘Yee’).  Most will know this as ‘Yin Wood’.  In ancient times this character was used to indicate the second day of a ten day week.  It was also the name of an old god and a planet (a historically popular convention, used even in our own names for days of the week – eg. Saturday; ‘Saturn day’).  Whilst the stories of these early gods might be lost, 乙Yi is still correlated to the yin aspect of Suixing the ‘Year Star’ or Jupiter.

乙Yi as a character has changed little with the course of time.  From its earliest version on oracle bones, through bronze characters to seal script (see figures 1-3) it appears remarkably similar.

While its modern usage is to denote ‘2nd’ (in much the same way we use the Roman numeral ‘II’), it is likely the first pictogram was of a sprout, growing forth out of the soil.  Alternatively it may have been an image of a person kneeling.  The word 乙Yi is also a homophone for ‘crashing’ and it is said in the classics that ‘the myriad things are born in a crashing mass’. 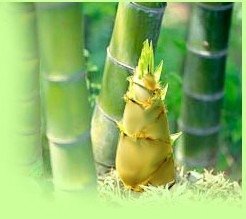 乙Yi is therefore symbolic of young growth and the impetus required to ‘break through’ the soil.  In the many interpretations that will circulate about the coming year, this image will be key to understanding ‘Yin wood’.  Expect much discussion about new ideas and a ‘pioneering spirit’.
The eighth earthly branch 未 Wèi (pronounced ‘Way’) is commonly referred to as the Goat, Sheep or Ram.  The character itself does not mean goat, sheep or ram.

Its original use, like all branches, was to name the month.  The twelve months were indicated astrologically by the direction the handle of the Beidou ‘Northern Ladle’ constellation pointed to.  In the last month of summer, the 6th of the year, it pointed to未Wei.

This season is governed by the earth element, the correlative element of未 Wei and considered the death of the wood element in the Sanhe ‘Triple Harmonies’ system.

The contemporary meaning for the character未 Wei – ‘not’ as in ‘have not’, ‘did not’ or ‘not yet’ provides some clue to its origin.  The earliest image is a drawing of a tree with something like immature branches, buds, or more likely fruit, growing on it (see figures 4-6).

The character未 Wei is both homophonic (sounds similar) and homographic (looks similar) to the Chinese word for ‘Taste’ or ‘Flavour’. Thus the classics tell us ‘the myriad things are ripened and nutritious’.

未 Wei can therefore be seen as a symbol of something yet to arrive, the future.  Based on this understanding, astrologers will likely be discussing ‘fruits of labours’ and the benefits brought about by the culmination of previous events.

Analysing the independent nature of the characters can provide some interesting insights, but it is in interpreting the combinations that the true underlying themes of a year can be found.  Looking at the natural world analogies traditionally used to describe these concepts may, on the surface, cause confusion.  How could a new shoot and fruit appear simultaneously?  When the deeper significance is known, things become clearer.  According to the interaction of the characters, this year is to be one of ‘cause and effect’.  The major issues of previous years may come together, reaching some kind of beneficial end, the possible result of which could be a forceful new beginning.

To go back to the agricultural root – (未 Wei) The ripe fruit falls from the tree and (乙Yi ) splits open to reveal the seed which then begins the cycle anew. 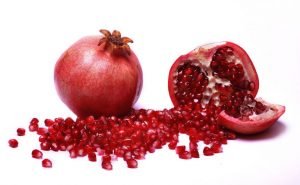