The much neglected Eight Mansions Method 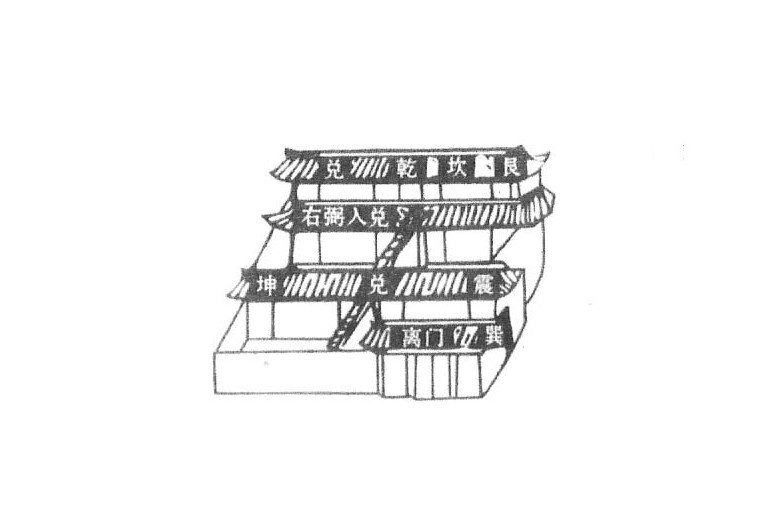 One of the first feng shui methods that most Westerners learn when coming to it for the first time is the Eight Mansions formula. However after they learn Flying Star feng shui, they soon discard Eight Mansions, because of apparent (but not real) conflicts between the two systems. But there is a lot of useful formulae associated with Eight Mansion, and they will have done the equivalent of “throwing the baby out with the bath water.”

Let us just look at one problem. A client asks you to recommend which of four houses they are considering to buy or rent would be best for them. You could go and check the Flying Star charts, but in many cases each house will have some good rooms, some bad. You can look at the surrounding landscape/streetscape, and see things that need blocking or fixing, some bad, some good. But faster than that you can immediately cut the choices in half by checking the ming gua (birth trigram) of your client, which will immediately tell you if they will live better in a West House or an East House. There are many books and apps where you can easily check their ming gua number, so I am not going to bore you with that here. Then check the sitting position of each house. This is the opposite of its facing direction, but has nothing to do with the location of the front door. (The front door relates to another formula which is not part of this discussion). This sitting position is then correlated with the 8 trigrams of the Later Heaven Sequence. For example, a house that sits in the South (facing North) is called a ‘Li house,’ because Li is the trigram of the South.

Every house that sits W, NW, SW or NE is a West House house. These houses will suit people with ming gua numbers 2, 6, 7 and 8.

Instantly you are able to eliminate some choices, and of course this can be done with Google Earth without leaving your chair.

The main reason why Eight Mansion appears to clash with Flying Star is that many of its proponents have never read the key classical text, Eight Mansions Bright Mirror.[1] In that you can see that the book consistently talks about doors (and gates) but never rooms. The reason for that is that the Eight Mansion formula deals with doorways and never with whole rooms. The idea that it deals with rooms was an extension of the method promoted by one of the most respected grandmasters of feng shui in the late 20th century, but which sadly was a stretch too far. Even if you look at the original Chinese text, the pages are peppered with the word men (door) but with scant mention of the interior. Affected by this, some modern editions of this text show rooms shaded and characterised by one of the eight Eight Mansion terms. This is a modern illustrative mistake. If you go back to pre-1970 texts in Chinese, they all show just doorways, not rooms. Therefore as Eight Mansion does not deal with rooms, but Flying Star does, there is no possibility of a clash.

There is another reason why new students tend to discard Eight Mansion. This is because it has sometimes been said that the origin of the Eight Mansion method is in a book of false feng shui written by the monk Yi Hsing (683–727) who was an astronomer, mathematician, mechanical engineer, and Buddhist monk who lived under a Tang Emperor who wished, for political reasons, to disseminate false feng shui theories to his enemies, and to non-Chinese in general. The book the monk wrote, at Imperial command, has subsequently come to be called the ‘Killing the Barbarians Classic.’[2]

Because the book has been lost, there is no certainty that it was an Eight Mansions text, and it could equally well have been any other feng shui theory. It was discussed by Jiang da Hong, but until the book is found, nobody can be certain what method was made up by this obliging and deceptive monk. The other reason for discarding this idea is that the monk lived almost nine centuries before Eight Mansion was developed. Eight Mansion is more likely to be a valid Ming dynasty system totally unconnected with the ‘Killing the Barbarians Classic.’

Apart from deciding between properties on the basis of the East/West House divide, another use of this system is to decide where to open the front door, or indeed any other door. This is a calculation that Flying Star cannot do, and for which Eight Mansion is totally suited. Opening the door on the wall corresponding to shen qi (the best auspice) would be the first choice, and definitely avoid opening a door in the wall correlating with chueh meng. Between these two extremes lie the other six possible door positions.

Typical illustrations of door positions to be found in early Chinese editions of the Eight Mansion Bright Mirror.

Finally, although I won’t cover it here, Eight Mansion can also be used for microcosmic placements (i.e. human placements within the house, like how do I place my bed, where should I put the TV, etc.), not just macrocosmic adjustments to house structure. I think I can safely say that Eight Mansion has more separate uses than any other feng shui formula. If you have previously discarded it, I suggest you give it a second look.

The Bright Mirror Table looks like a spreadsheet, and in fact it works like a spreadsheet designed to help the practitioner calculate the Eight Mansion sectors in any house. Eight Mansion theory divides all houses into eight types dependent upon where the house ‘sits.’ The top line in red is the sitting position, which determines the house’s nature. The column under it shows where each of the 8 possible door openings lie.

For example, if you were checking the feng shui of a house that sits in the West (first column) you could immediately see that the best door openings would be in the NW, W, SW or NE. If you had health problems then SW might be the best choice, and so on. Look at Eight Mansions again – you might be surprised at what you find

Stephen Skinner is an internationally acclaimed author and lecturer. Recognized as the man who brought Feng Shui to the West, he wrote the first 20th century English book on the subject in 1976 called Living Earth Manual of Feng Shui.He is also responsible for launching and publishing the first full colour magazine on feng shui, Feng Shui For Modern Living, which was distributed in 41 countries with translated editions in German and Chinese. At its peak the English edition sold over 121,000 audited copies per month, and Stephen was nominated at the PPA awards as UK ‘Publisher of the Year’ (the UK print media equivalent of the Oscars). Stephen was educated at Sydney University graduating in English Literature, Geography and Ancient Greek Philosophy. His first profession was that of Geography Lecturer, at what is now the University of Technology in Sydney. His interests include feng shui, ancient civilisations, geometry, travel, computers, magic and the Middle Ages. Stephen spends his time writing, teaching and researching feng shui and the Western Hermetic tradition. He is the author of more than 30 books published worldwide in 20 different languages and his books have had introductions by such diverse people as Colin Wilson, HRH Charles Prince of Wales, and Jimmy Choo – shoe designer to the stars.

The Anticipation of a New Cycle